The story of Crazy Goat Coffee begins with a legend. 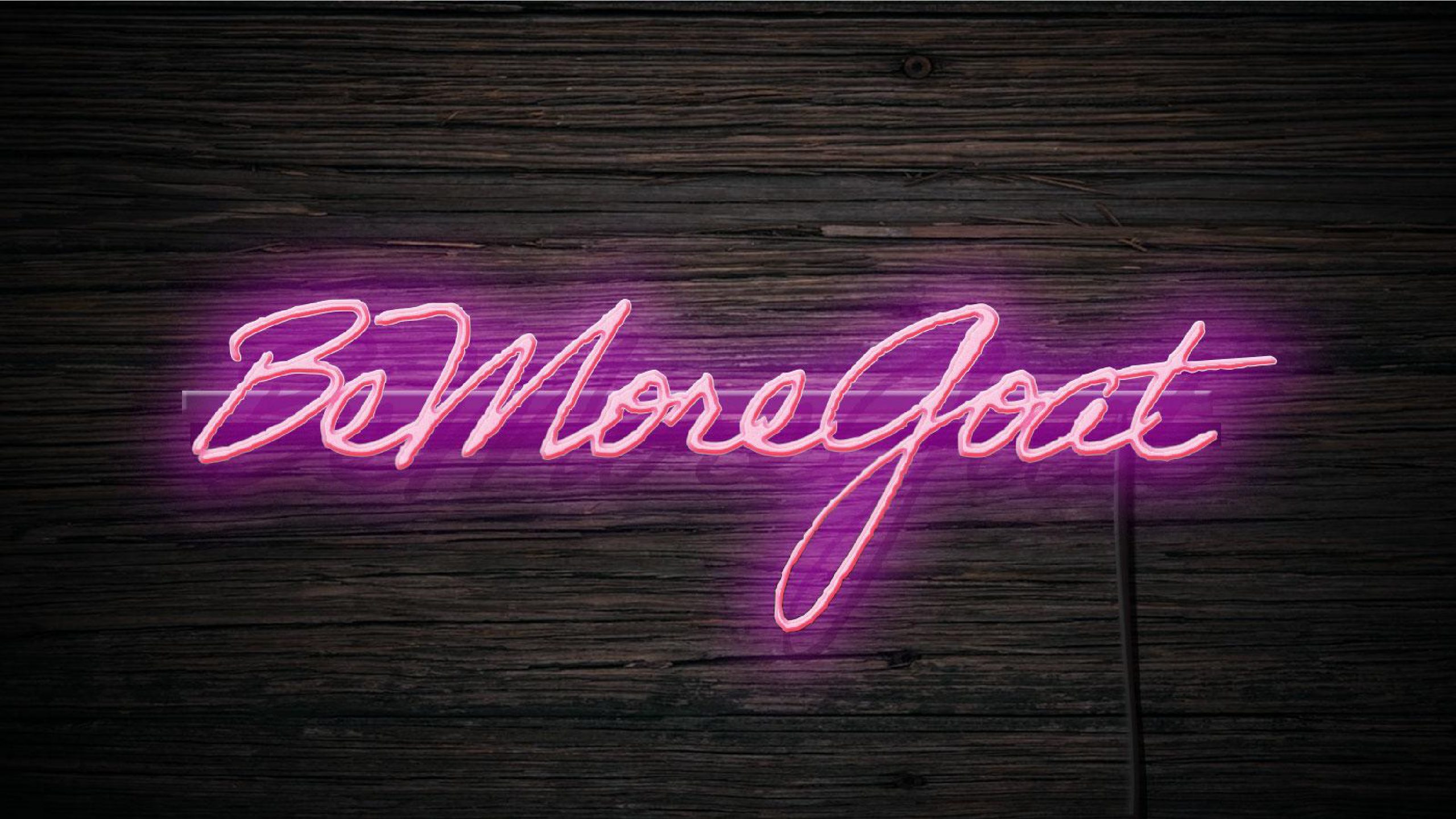 A long time a’goat (around 800AD), there lived an Ethiopian goat-herder (cue yodelling) called Kaldi – who one day noticed his goats going crazy for a certain type of berry from a certain type of tree. So wide-awake the goats became, they just wouldn’t sleep.

Excited, fascinated and probably pretty tired from wired goats, Kaldi dashed off to see the Abbot at his local Monastery. Together they made a drink with the berries and found it kept them more alert through long sessions of prayer.
News of the drink’s qualities soon spread to Medina, Mecca and eventually to Cairo, Damascus, Baghdad and Constantinople. By the 17th century, coffee had made its way to Europe, and not too long after this, of course, it was down your local High Street.

A few hundred years later…
The Crazy Goat was born. Lord Charlie Goatsworthy the Third (‘Crazy’ to his friends) is the goat about town; roaster not a boaster, he’s the gentleman billy goat with a crazy ambition to make the coolest coffee chain in the world with a nod to the goats that came before him.

Crazy Goat's disruptive by nature
What does that mean? It really just means we always like to do things differently and stay ahead of the pack, so we're always bang on for the latest coffee tastes and trends. Trailblazers, tastemakers, that sort of thing. It definitely doesn't mean we'll charge into your garden and eat your washing.

Crazy Goat's sustainable
It's not just what's in the bag. We're very proud to be one of few coffee providers to have specially pioneered fully biodegradable bags that break down faster. Naturally we're also committed to using the most environmentally friendly options possible when it comes to cups, lids and other products that we use and supply.

Crazy Goat loves to engage and inspire
We want to continually engage, educate and inspire coffee drinkers – whether they're coffee noobies or seasoned lovers. Coffee should always be new, fresh and exciting and there's a whole world of taste to discover. We're primed and ready to shake up the coffee market, become educationalists and continue to grow to become a name that people know, respect and love.

Crazy Goat farms fair
We've spent years sourcing some of the best single-origin coffees from across the globe, and run trips to different countries for staff and clients to visit plantations, meet the farmers and better understand the whole process. Once ethically sourced, farmed and roasted, our beans are stored at our 100 year-old, family-owned Roastery in beautiful Hertfordshire, overlooking the Grand Union Canal.

Dan Capel
Founder & CEO
Dan is our head honcho. Growing up with two role models, his father (a builder) and his uncle (a great salesman), Dan left school at 15 and started work in the building trade. Quickly discovering he loved talking with customers, at 17 he embarked on a career in sales, before setting up his first business at the tender age of 24, selling office products and shortly after, a successful FM company called Oracle. In 2013 Dan fell in love with coffee. The rest as they say...
Dan Capel
Founder & CEO
Matt Bentley
Head of B2C
Heading up our marketing department and responsible for B2C audience Matt is key to our coffee revolution. Partial to the odd cup of joe, Matt does sometimes switch it up every now and again with an espresso martini. One of the creative brains behind our quirky behind (tail), you will usually find Matt buried in his Mac.
Matt Bentley
Head of B2C
Tina Wakelin
AGM & Head of Food & Beverage
It's no understatement to say that Tina is the heart and soul of our coffee shops. Suffice to say she's a massive foodie with a passion for healthy food and making those around her happy. Her background in floristry has given her an extremely good eye for detail. She's helped design and craft all our menus and stands proud at the forefront of the retail and events side side of the business as well as being on the senior leadership team.
Tina Wakelin
AGM & Head of Food & Beverage
Bethany Barker
Coffee Shop Manager
Bethany has run our Abbots coffee shop for over 3 years. She loves meeting new customers and finding out all about their life and prides herself on her ability to remember the regular's names and how they take their coffee. She loves a chat and finds people and their stories so interesting. She belongs to an amateur dramatics group. "People like to call me a drama queen, I disagree! I’m very bubbly and I’m told I always have a friendly smile."
Bethany Barker
Coffee Shop Manager
Leanne Bradley
Account Manager
Leanne looks after relations for our corporate customers, coffee shop and suppliers. Having first joined us in 2016 with a background in customer service and fraud analysis, they now head up our partnership relationships. As the main point of contact, running our sales and service desk, she thrives on building relationships. She works very closely with our trusted suppliers to ensure our customers always get the very best value.
Leanne Bradley
Account Manager
Ted (dog)
Head of Security / Mascot
You can often find our loveable mascot and office dog Ted the Pudelpointer, hanging out in one of our pet-friendly shops on the weekend.
Ted (dog)
Head of Security / Mascot

FROM BEAN TO BARISTA AND EVERYTHING IN BETWEEN We've already made tremendous and innovative strides forward with our product and service over the years and we're crazy hungry for more. Sure, the coffee market is crowded, but we've built Crazy Goat Coffee on our vision to always do things differently, with just the right amount of crazy in order to stay ahead of the curve in a competitive market. It's that philosophy that's stood us in good stead. Our coffee knowledge, prowess, expertise and service is something we hope will help us stand out from the crowd and let us continue to offer our coffee to new tastebuds.

Any cookies that may not be particularly necessary for the website to function and is used specifically to collect user personal data via analytics, ads, other embedded contents are termed as non-necessary cookies. It is mandatory to procure user consent prior to running these cookies on your website.